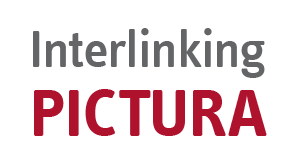 Misc. Subj. LXXIX. Vol. VI. No. 17., INDIAN PENITENTS., 1 he Hindoos are in their fuperftitious no- Fiff. 2. A Dak allibar i tions of religion very extravagant. Thus they imagine, to render themfelves agree- The Dakambaris are a particular Sect able to the gods and to expiate their fins of Penitents, who pretend from a fanatical by ielltormenting of the body. Such Peni- Pri:le t0 be infenfible to all pain. Tims tents go then for Saints in the opinion of one carries here a fire-pan on his bare tho vulgar. We fee fome o£ them repre- »and, and burns it without any Sign of fentcd upon this plate. Imart- TIe ileePs uPon a cover interlaced with thorns, which he bears under his, Fig. 1. The Penitent on the gibbet., To the honour of the Goddefs Ragawadi a Penitent on her Fefiival has caufed, Fig. 2. A Dakambari., Peiliteilt rolling along. an iron hook to be put through the flefh at his fhoulders. Drawn on high on a gib- This Pilgrim roll'd, without rifing, a bet, he utters leverai prayers, without tract of thirty German miles, fin gin g all diftorting a mien, and at laft plucks a gar- along longs to the praile of the gods. Being land afunder, of which the alfembled people rich, two of his Slaves always went before ea^erlv gathers up each little leaf, prefer- him, in order to remove all obftacles and Ting it as holy relicks. to fupply him with meat and drink., Fig 3. A Penitent rolling along.